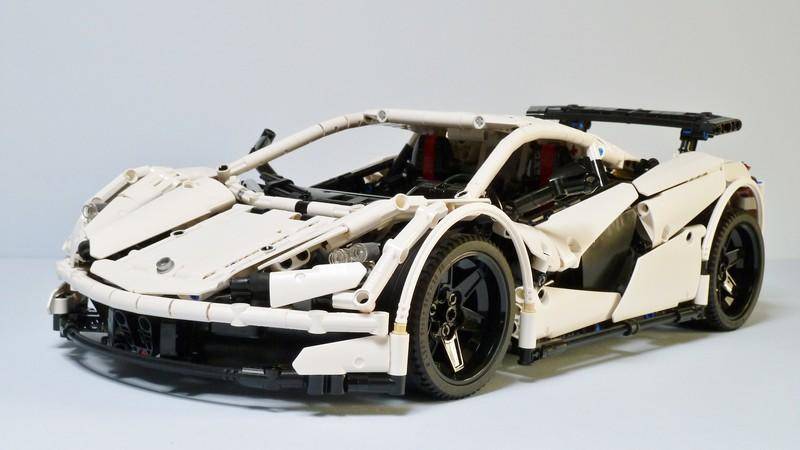 The name comes from a man who desired to fly higher using his technology.

Many times I have tried to realize the speed what supercar MOC should perform. I needed “wing” called buggy motor, but all I had is a bunch of PF motors. So I connected motors together using “wax” called SBrick. Like Icarus of Greek myth, higher speed and torque may be lethal for the model itself... 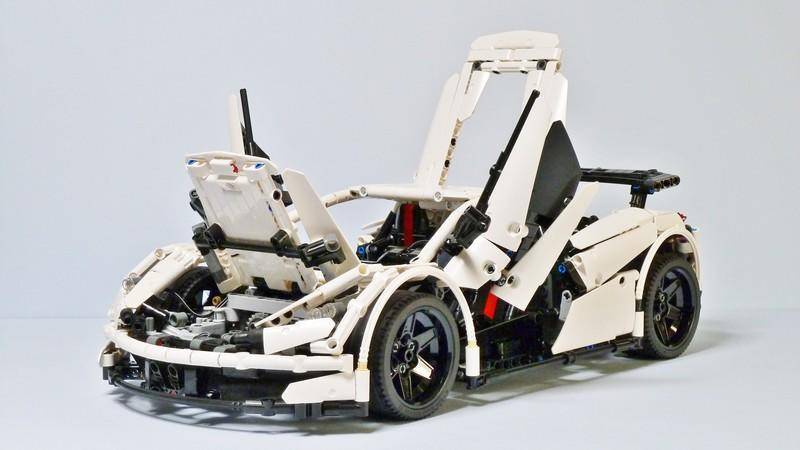 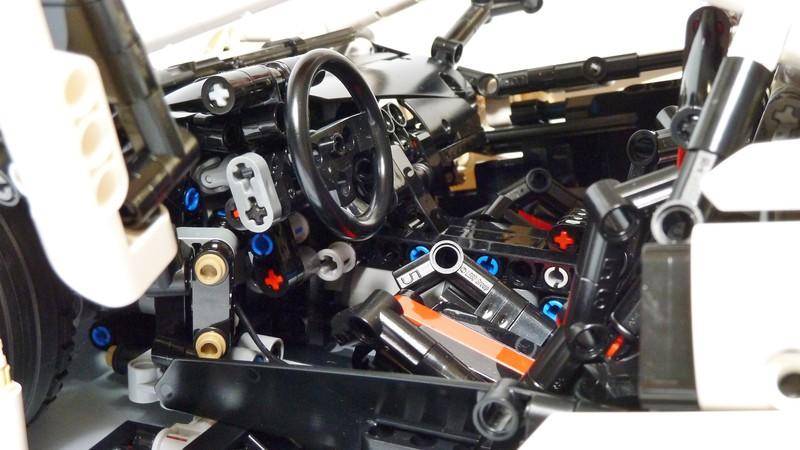 You may think it is not fast enough, but for me it was a relatively success. Surprisingly, gears and CV joints have never damaged or popped out even at the time of maximum acceleration. :thumbup:

Although I had designed its drivetrain carefully, I was not sure if small bevel gears in differential withstand the load. 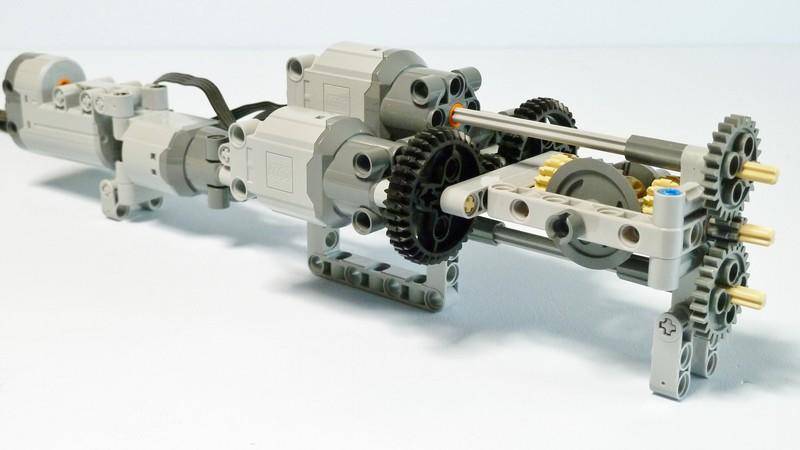 In this MOC there are three L motors (and two SBricks, two battery boxes, bunch of wiring) on the supposed location of V8 engine. So if someone build manual version with gearbox, there would be enough room for it.

As expected, building 1:10 scale supercar was very hard. Especially the body work. I've built one three years ago, but it was primitive MOC in every way.

New MOC is heavily inspired by modern McLaren supercars. I tried to build their curved shapes using rather technic panels than flex axles. Front and rear light section happened to become different from the original mainly because of the positon of LED. Though finished model is not a copy of P1, I am happy with the result of realizing proper mid-engine proportion. 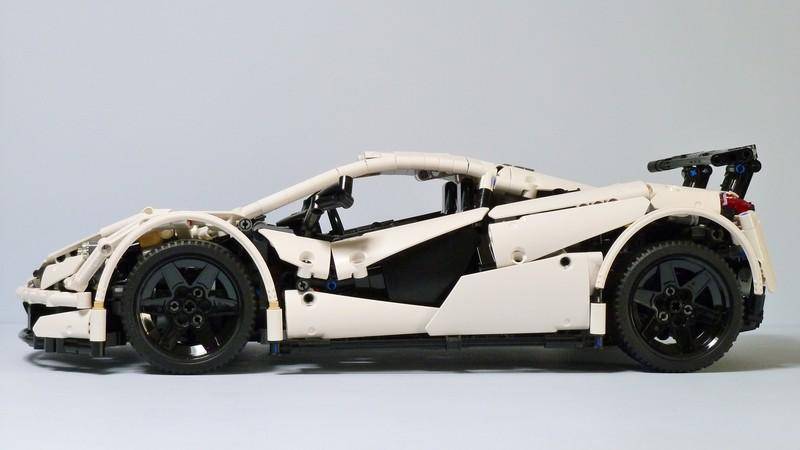 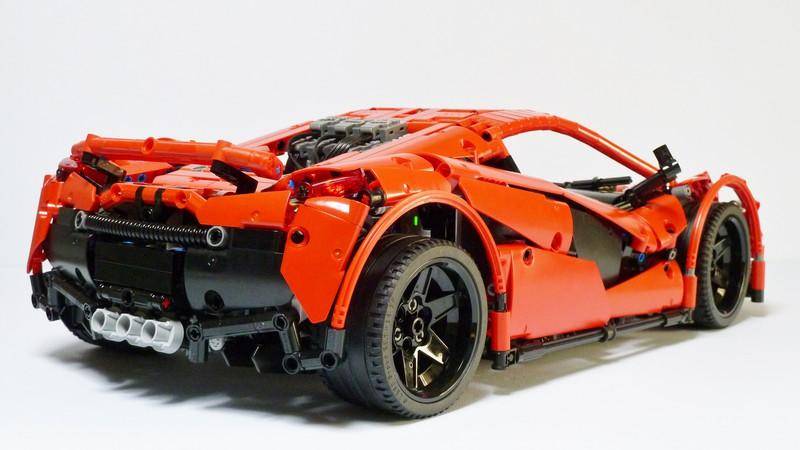 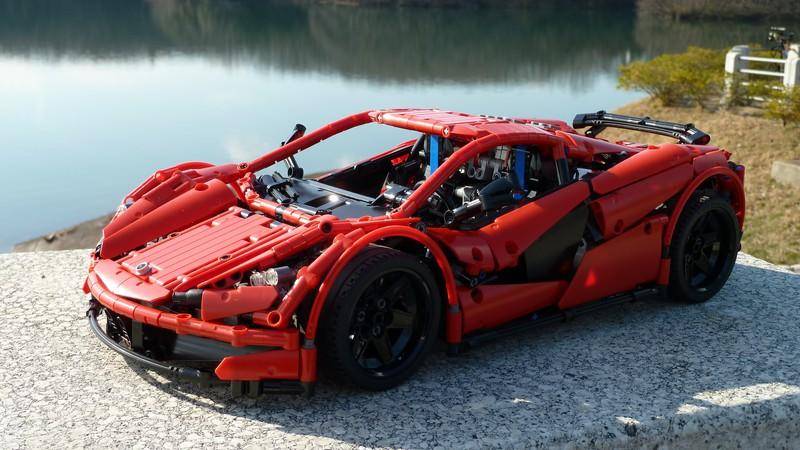